14 May WHY NATIONS FAIL – BOOK REVIEW

Posted at 22:57h in Sin categoría by Iness Arabi 1 Comment 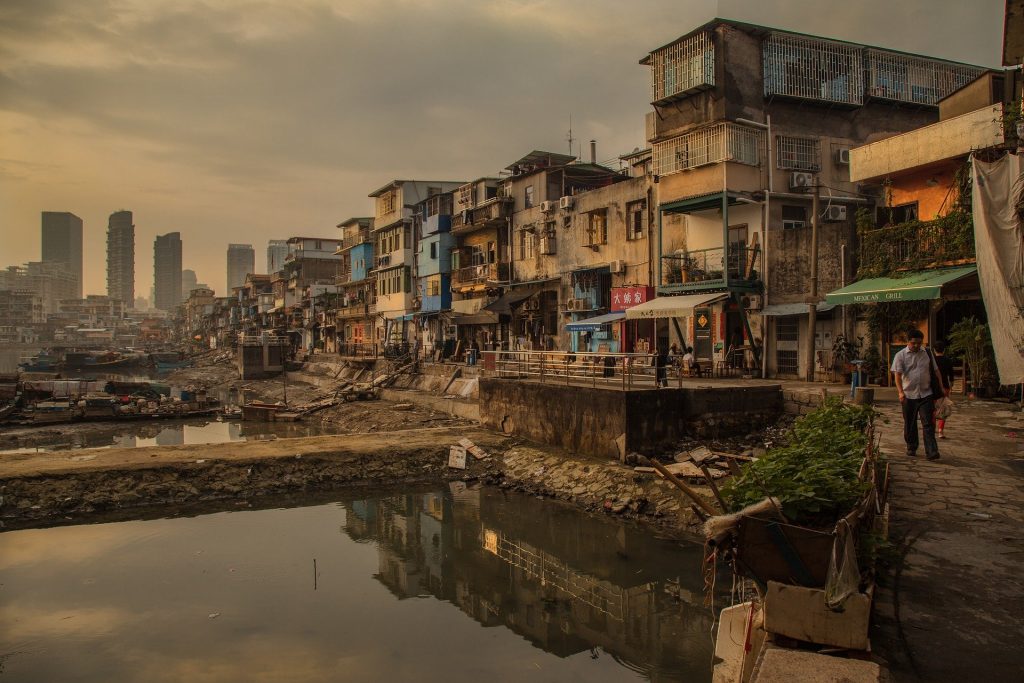 Worldwide, people have taken to the streets to display their dissatisfaction with their respective regimes. One central underlying issue uniting these protests is inequality.

After decades of growth in business, technology, and innovation, poverty continues to plague society. How is it that in the age of information and technology, we are unable to alleviate poverty from society? The answer resides in discovering why nations fail. Amergclu, a professor in economics at the Massachusetts Institute of Technology, and Robinson, a professor in political science at Harvard University, are both respected scholars with the adequate knowledge to deliver a concise theory that explains a country´s drift towards prosperity or poverty.

As business and politically oriented students, projects that involve the understanding and analysis of the institutional development of countries will appear throughout their degree. Therefore, “Why Nation’s Fail” is a useful book for IE students as it will come in handy to have information on many topics they will encounter throughout their careers. For example, in the class of Global Economic Environment, understanding the different effects of political and economic institutions and their historical origins was vital. It helped to provide a theoretical framework to build on upon when being tasked to conduct a risk assessment between two countries (Argentina and Russia).  The novel can serve as a structural and theoretical base that can be useful to students as they begin to handle more complicated subjects in the later stages of their degrees.

Understandably, it can be easy to assume that a country’s wealth is a result of its geography and subsequent access to resources. Alternatively, another popular theory claims that a country’s economy intricately ties to its culture. The authors dispel these traditional theories and instead suggest that the success or failure of a country stems from the historical development of its political and economic institutions and the incentives they create. Countries, such as those in Latin America that allow a select minority to exploit the general population for their interests, are burdened by extractive institutions. A strong example would be that of Mexico. Following successful independence from Spain, the empowered Mexican oligarchical elite strengthened the extractive policies created by the Spanish for their own political and economic gain. Generations later, the region as a whole continues to suffer from massive wealth inequalities with little hope of a chance.

On the other hand, countries with inclusive institutions help their citizens by incentivizing them to become more innovative, leading them to drive the economy successfully.

Digesting the wide net of the political, economic, and social development of multiple countries seems like a daunting task suited only for experienced researchers. However, the writing style of both authors remains eloquent, candid, and straightforward throughout, grabbing the attention of the reader like the intriguing plot of a movie. Their work contains information on the development of various countries and civilizations, ranging from the rise and fall of the Roman Empire to the differences in development between North and South Korea, continuously highlighting examples throughout history where inclusive or extractive institutions caused civilizations to rise or fall.

While it does cover different parts of various countries’ history, it only focuses on specific stages in their institutional development. For example, when speaking about extractive institutions, they highlight the differences in development between Mexico and the United States. They use the institutions created by the arriving colonialists as the basis of each country’s future growth. Since the Spanish arrived in the densely populated empire of the Aztecs, they chose to replace the established aristocracy with their own rule. Consequently, they established institutions that further extracted the wealth of the society, reinforcing their rule, and allowing them to strengthen the vicious circle to increasingly extract more wealth. The authors use this as an example of how this vicious circle of extractive institutions can hamper an economy’s growth over time.

Across the border, the English colonists arrived in what is today the northeastern coast of the United States. Unlike the Spanish, they faced a sparse native populace with a harsher climate and less valuable resources. After unsuccessful attempts at replicating the Spanish model, the British settlers were left unable to attain and exploit a large labor force as the Spanish had. Instead, they had to create inclusive institutions, such as a more inclusive political system, to incentivize their citizens to participate in the labor force. As a result, centuries later, Mexico is burdened with widespread corruption and enormous inequality, while the United States has risen to become the world’s largest economy. Interestingly, these differences are acknowledged, but many remain unaware of the systematic causes, such as this historic contrast in the institutions involved.

While the authors make a strong case on how institutions can play a part in a country’s development, they are limited in explaining how the institutions actually changed. While the book contains many compelling accounts of history, a large amount is anecdotal and lacking statistical evidence. For instance, some of the examples leave a trace of retrospective bias as they do not adequately consider the dependence among states, does not address some of the contradicting comparisons between countries, and seem to want to justify the current state of international relations. Moreover, another weakness is their fixation on inclusive institutions being the only path for sustainable growth, while arguing that any growth under extractive institutions is destined to collapse. They point to China’s massive growth in recent years as a future example of unsustainable growth. Nevertheless, China continues to be amongst the fastest growing economies in the world. Even though China’s economic growth has begun to slow, it may be the result of the ongoing trade war with the United States as well as a resulting decrease in domestic demand rather than its extractive institutions.

It can also help understand policies in the United States. The autocratic leaders threatened by a change will weaken economic institutions to make them more extractive. In his first year already, Trump has lowered taxes for corporations and consistently attacked the independence of the Federal Reserve, the US’s monetary policy department. Despite his insistence on carrying the American economy to new heights, the world economy has shown signs of a slowdown. Reading the book can help new students gain the framework needed to begin to understand the complex relations between international politics and the economy.

Acemoglu and Robinson faced a formidable task when attempting to explain the reason that millions live in abject poverty while their neighbors enjoy enormous prosperity. Although those specializing in the political and economic history of different countries could endlessly nitpick their historical anecdotes for inaccuracy, their work remains an exciting and recommendable piece of literature for those wanting to gain introductory, yet comprehensive, insights into the determinants of a country’s economic success.