02 Jul Understanding Paradiplomacy: An Analysis of Subnational Diplomatic Activity in Brazil, Belgium, and the United States

Posted at 16:33h in Sin categoría by Iness Arabi 0 Comments 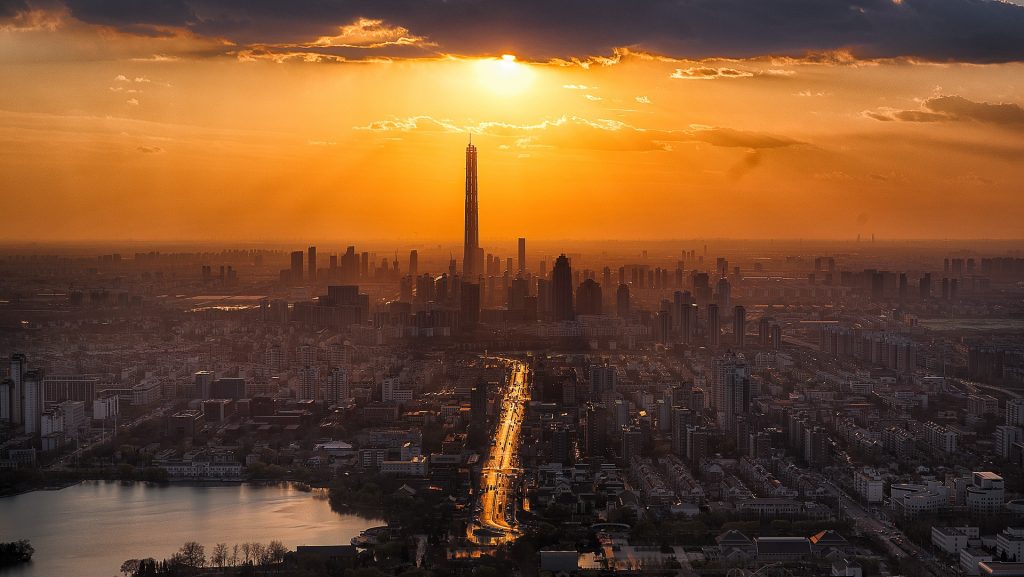 Since the creation of the new world order in the aftermath of the Second World War, non-state actors have grown in both economic and political importance. While non-state actors such as multinational corporations, non-governmental organizations, and international organizations have all been adopted into international relations literature, cities meanwhile have mainly been ignored. The paper provides examples of subnational actors in Brazil, Belgium, and the United States conducting international activities without the role of their central governments.

Who Can Conduct International Relations?

The purpose of this essay is to shed light on the changing nature of the international political system. Subnational actors are playing an increasingly fundamental role in contributing to global economics and political norms. In order to conceptualize this phenomenon, this essay employs examples of paradiplomatic activities conducted by subnational actors within Brazil, Belgium, and the United States. Relations between cities existed long before the invention of the nation-state. The antiquity of diplomacy is evidenced by ancient Greek city-states exchanging ambassadors with one another in order to solidify trade and peace agreements. It was not until 1648, in the aftermath of the 30 Year War, in which 20% of Germany’s total population perished, that Europe’s major powers introduced the concept of national sovereignty at the peace of Westphalia.[1]

The New World Order and the Rise of Non-State Actors

Since the Peace of Westphalia and until the aftermath of the Second World War, the nation-state reigned supreme in its monopoly over diplomatic relations. Two major historical events have occurred since 1648 which shifted the state’s monopoly over Westphalian sovereignty. Firstly, the creation of the United Nations and the International Court of Justice in 1945 introduced the concept of international laws and global governance on a semi-enforceable scale. These international institutions reduced the state’s ability to maintain total sovereignty within its borders as Westphalian sovereignty is defined as the sovereigns right to “govern their peoples free of outside interference, whether any such external claim to interfere was based on political, legal or religious principles.”[2] The creation of the United Nations and the implementation of international law reduced the state’s total power. In the current geopolitical order, it is possible to prosecute the leader of a sovereign nation-state for committing war crimes or crimes against humanity. On the economic spectrum, states who are members of the World Trade Organization must adhere to the rulings of WTO judges, regardless of the outcome. The second historical event was the collapse of the Soviet Union in 1991 and the advancement of hyper-globalization.[3] Although multinational corporations (MNCs) were powerful before the collapse of the USSR, the 1990s were a crucial decade for MNCs as firstly, Eastern European markets opened to Western firms. Secondly, the United States, where the majority of the MNCs were headquartered, enjoyed a period as the world’s sole hegemony while technological progress in the fields of telecommunications and the internet made radical strides in reducing geography as a factor between locations. MNCs became important actors within the international political system, along with other non-state actors such as non-governmental organizations.

The City as an International Actor

The 21st century is characterized by global urbanization. In total, 52% of the world’s total population resides in urban areas.[4] In the Western world, all countries maintain a majority urban population. The global percentage of city residents is expected to reach 65% by 2050, with growth powered by Asian and African megacities such as New Delhi, Mumbai, Karachi, Shanghai, Cairo, and Lagos. According to Glaser, cities are the ideal environment for conducting economic interactions, as represented by the rapid acceleration of global urbanization. The top 10 largest cities in the world account for a GDP-PPP of $9.5 trillion, which is bigger than Japan and Germany’s economies combined.[5] Meanwhile, the 300 largest metropolitan economic areas account for almost half of all global economic activity and represent 67% of global GDP growth.[6] While cities possess enormous economic power, their political impact is underdeveloped as in many circumstances; they do not possess significant legislative power. In order to address their lack of political power, cities and regions have opened representations in different countries throughout the world. The representations act as liaison offices to encourage cultural, economic, and political interaction between said region or city and the host-actor. Although in its infant stages, subnational led diplomacy represents a shift from traditional state monopolized diplomacy to modern diplomacy, which includes non-state actors.

Although ancient in its origins, subnational diplomacy has largely been ignored due to international relations’ state-centric perception of the international political system. In 2016, Rodrigo Tavares released Paradiplomacy; Cities and States as Global Players. Tavares’  vision was to demonstrate the unseen impact that cities and regions have upon the international political system. Tavares coined the term paradiplomacy, which he defines as “a direct international activity by subnational actors supporting, complementing, correcting, duplicating, or challenging the nation-states’ diplomacy.”[7] The ability of a city to introduce a paradiplomatic strategy greatly depends on the laws within the nation-state. The following paragraphs investigate the national legislation in place which regulates international activities conducted by cities and regions. Depending on the regulation, individual cities and states can be in a better position to conduct paradiplomacy. This paper examines the cases of Brazil, Belgium, and the United States.

Brazilian Paradiplomacy: The Rise of  the Global South

In 1989, the Belgian government underwent a constitutional change entitled The Third State reform which ceded significant powers, usually reserved to foreign ministries in other nation-states, to the three regions of Belgium under Article 167 of the 1993 Constitution.[12] For decades, Wallonia and Flanders differed immensely in their foreign affairs strategies, thereby undermining the Belgian government’s ability to maintain a compact and consistent foreign policy. As a result of their inability to form a coherent foreign policy, the three regions, Wallonia, Flanders, and Brussels (to a lesser extent) developed their own foreign policies in specific areas including culture, education, international trade, and foreign direct investment.[13] Within Belgium, regionalism has replaced nationalism as the central supplier of power for foreign policy. In terms of representations abroad, Flanders has eleven located throughout Europe, the United States, and Africa. The Walloon Export and Foreign Investment Agency (AWEX) has 90 offices worldwide while conducting operations in 100 countries. Flanders and Wallonia both engage in diplomatic functions such as signing trade agreements, cultural exchanges, and ratifying treaties with other sovereign states.[14] Stéphane Paquin, the author of Mastering Globalization: New Sub-States’ Governance and Strategies, calls the Belgian model the only example of a nation-state ceding its superior foreign policy powers to sub-national actors.[15] As international actors, Belgian regions are far more important than Belgian cities. Due to Belgium’s small population, strong attachment to national-linguistic communities, and Brussels’ role as the political capital of the European Union, Belgium’s major cities have not developed paradiplomatic strategies as seen in the example of Brazil. Regional foreign policy, however, remains unrivaled as Belgium’s central government has seeded extensive foreign policy functions to Flanders and Wallonia. Flanders is often cited as the leader in the field of paradiplomacy. Since 1989, Flanders has made foreign policy a central component of its competencies. Flanders has signed 35 treaties with various international actors including sovereign states, regions, and international organizations.[16] The main reason behind Flanders’ push into foreign policy is that it raises Flanders’ profile as an autonomous international actor detached from the Belgian state, thereby furthering the Flemish desire of independence.

Paradiplomacy in the United States: California and New York City

Since its conception as an independent political entity, The United States has championed a mythical sentiment of detachment from the central government. The American Civil War of 1861 intensely illustrates the historical perception of state independence to 1865, which saw 11 states break from the central government to form the Confederate States of America. Traditionally, the United States Department of State, part of the Executive branch as the Secretary of State serves the Office of the President, has conducted the United State’s foreign policy. However American subnational actors, both cities and states, play an extensive role in conducting paradiplomatic activities. The State of California ranks as the largest regional economy and the eighth largest economic entity in the world. With a GDP of over $2.3 trillion and a population of nearly 40 million, California is both an international economic and political actor.[17] The former governor of California, Jerry Brown played a crucial role in increasing California’s role as an international actor. In 2013, Governor Brown met with Chinese President Xi Jinping, to sign a trade agreement between the State of California and the Chinese Ministry of Commerce. Along with China, Governor Brown also signed agreements with former Mexican President Enrique Peña Nieto, under which both leaders agreed to increase investment and forge cross-border economic development.[18] In terms of international engagement, The California Office of International Trade has representations in London, Tokyo, Frankfurt, Hong Kong and Shanghai. Another major American subnational actor is New York City. Under the leadership of Mayor Michael Bloomberg, New York City embodied the urban demand for international political recognition. In 2012, Mayor Bloomberg opened the Mayor’s Office of International Affairs, with the central ambition of turning New York City into an international political actor. Bloomberg’s strategy involves creating or strengthening networks of cities which act upon specific policies that nation-states have difficulty addressing, most infamously climate change.[19] The C40 Network is a group of 40 global cities which act to coordinate best practice policies on combatting climate change through reducing emissions and transitioning to renewable energy sources. In 2010, Mayor Bloomberg chaired the C40 Cities Climate Change Group, thereby increasing New York City’s role as a major paradiplomatic actor.[20] Since the election of US President Donald Trump in 2016, tensions between cities and the Federal government have risen in two areas. Firstly, various cities including Pittsburg, New York City, and Chicago all decided to continue following the Paris Climate Accords although President Trump removed the United States from the deal. Secondly, President Trump has led a nationwide campaign to deport undocumented migrants. Due to legislative technicalities, city officials can limit their cooperation with the Department of Homeland Security (DHS) agency, thereby hindering the DHS’ task of deporting undocumented migrants. These two examples represent the confrontation between the local and federal government which has become amplified since the election of President Trump.

Although differing in their legislative abilities to conduct paradiplomacy, each city or region that is investigated in this study clearly shows an ambition to achieve an international political presence. The Brazilian approach to paradiplomacy remains an economic initiative, encouraged by the central government. The city’s primary goals are not to facilitate political dialogue, instead their central ambitions are to encourage foreign direct investment and increased trade flows. For a state such as Belgium, who has a complex history of regionalism and a lack of national identity, paradiplomacy is an ideal model for creating a robust foreign policy. Other examples of regions who have adopted similar models of paradiplomacy include Quebec, the Basque Country and Catalonia, who maintain individual foreign policies based on their ambition of independence or increased autonomy. The American model of paradiplomacy is a hybrid form, split between the Brazilian and Belgian models. Although California’s international activities are mostly economic, they have an ability to project their values on a global scale, as illustrated by their greenhouse gas emissions treaties with Mexico and British Columbia. New York City remains the most internationally engaged city in the United States. Mayor Bloomberg’s transformation of the city into a leader of subnational power brought city diplomacy into the 21st century.